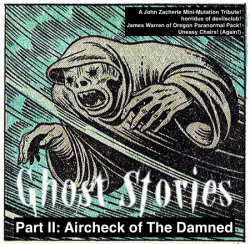 I have to say, I’ve been doing Halloween Radio for years now, but these Ghost Stories episodes are some of the most fun things I’ve ever done for any radio program.  There was something about the idea of people calling in to talk about their own experiences that I knew would go over well, but I had no idea what it would be like until we were live.  In a way, that’s the beauty of radio; you never know, until its happening, what you’re going to get.

However, we starting things off this week on a somber note, even for a Halloween Broadcast, as we must tend the horror business of John Zacherle himself passing from this universe on Thursday Evening.  While dying at the age of 98 after a long and incredible career such as his is certainly not a tragedy – and The Cool Ghoul himself would probably make some tasteless jokes about his own passing – it does mark the end of an era, for sure.  Zacherle was not only the second ever horror host in the late ’50s (of which you can see some samples over here), but a key figure in Halloween Music, almost creating the genre with his novelty record, “Dinner With Drac.”  To kick off the show, I bring you a mini-mutation of my favorite Zacherle tracks.  While I don’t usually like to get political on this program, I do urge you to vote Zacherle in the coming election, and remember the Cool Ghoul the way we all should: laughing at a crude monster joke he just made on the spot. 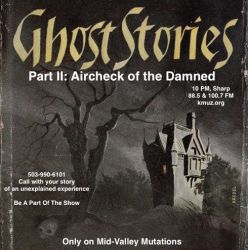 But that’s not all!  The meat of this program are a pair of phone calls.  One, from our good friend horridus of devilsclub, who calls to offer two true stories of experiences he had that must be heard to be believed.  horridus is a good friend of the program, and is always welcome, especially if we get stories like this.  I would also urge people to see him perform LIVE, in Salem Oregon at The Space, along with Uneasy Chairs, Remy Gnol, Justin Smith, and Nathan Pepperoni w/ CEOs Incorporated.  This is a show like no other, and it would be a bummer to miss it. 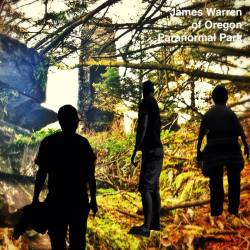 Our second call is from James Warren, a regional ghost hunter who has been investigating in the area for three years.  James started Oregon Paranormal Pack out of interest in what else is out there, and we barely scratched the surface in terms of what he would have talked about, and other true stories of experiences he’s looked into.  You can find out more information, and see videos of their work, over here on their page.  When it comes to Ghost Stories, and the unexplained, James came to mind almost immediately, and I was very pleased to get him on the program.

All that, and we touch base with Uneasy Chairs again.  What a great way to celebrate the season!

We dropped a wide range of retrocasts and other Holiday Programming all throughout the month of October, and we have one more on Monday Night, proper, before we leave the Spook-tacular Season behind us.  If you want to catch up on all the programs this month, this handy link allows you to peruse at your leisure, and find one that is best suited to the party you’re having.  I guarantee that all of them will work as the perfect soundtrack to any party you might want to attend.

Part II: A Tribute To Zacherle, The Cool Ghoul (The People Who Died) (A Mini-Mutation)

Part III: Present At A Hanging